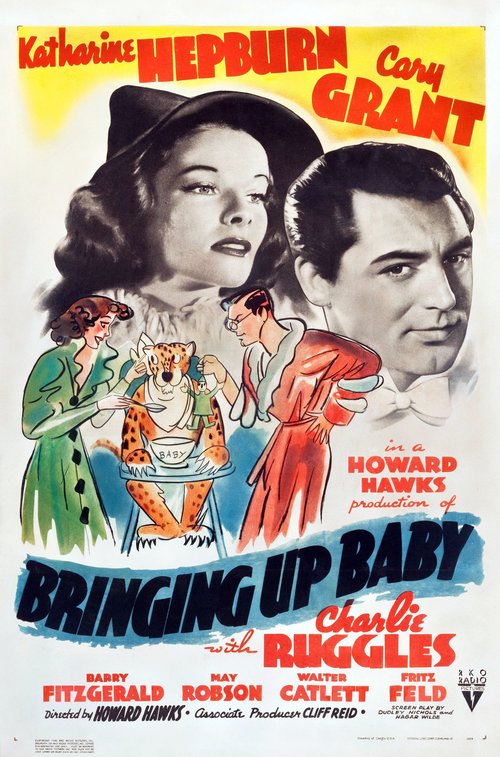 Bringing Up Baby is a 1938 comedy, starring Cary Grant as paleontologist David Huxley, and Katharine Hepburn as Susan Vance, the niece of a wealthy dowager Huxley hopes will donate $1 million to his museum. Huxley is engaged, and about to complete a brontosaurus skeleton, until Susan Vance falls in love with him, and begins to have other ideas (which may or may not include a fully grown leopard named Baby.) Common Sense Media says, “Classic screwball comedy with loads of tame laughs.” Not Rated.